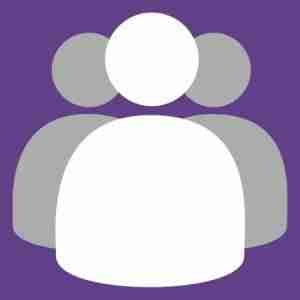 Every Good Gift came to fruition through God’s patient, gentle work on my heart and mind over the course of the last twenty-five years. First He opened my eyes to the subtlety of sin in my own life, the riches of forgiveness through Christ, and the power He provides to serve Him. At about the same time He made clear the horrible realities of abortion. Not only did I learn that every abortion ends the life of a tiny human being made in His image but, as I took on the label “pro-life,” women told me their stories of the suffering they experienced through having an abortion. I wanted to help end abortion. I wanted women to spare their children, but I also wanted to spare women the post-abortion pain.

Following His call, I left my career and went to work for a ministry called Urban Family Council. My first assignment was to develop a program to speak with teens about saving sex for marriage. I spent years leading a group of educators who spoke with kids, primarily in the Philadelphia public schools, about character, relationships and sexual purity. As someone who grew up in a white, middle-class, suburban family, I had a lot to learn from the students, teachers, and my co-workers. It was an expression of God’s common grace to bring biblical truth (even though we were not allowed to identify it that way) to the students. Faithful friends and supporters joined me in praying and working to find a way to reach the hearts of the students.

I thought that if I found the right stories, activities, object lessons, etc., they would acknowledge the risks of premarital sex and the benefits of saving sex for marriage, and then choose a lifestyle of sexual purity. What I saw saddened me. Kids told me that everyone gets divorced, that all men cheat, that they didn’t have friends because no one could be trusted, and that everyone was “doing it.” It seemed that they had little awareness of life beyond their neighborhood or any hope of ever leaving it. Violence was part of their lives. As we talked about healthy relationships built on character, they wanted them, but didn’t think they could have them. They were observing and learning different values. Instead of true friendships, they settled for a group of people that would help them if they were attacked, and for unhealthy, superficial relationships with the opposite sex.

Silently I wondered why they didn’t just do what I had done – work hard in school, go to college, get a job, save money, etc. I was naïve about what it would take to change.

Later I worked in another ministry helping families who were in crisis and who had no support system. I saw the struggles of young mothers who could fit everything they owned for themselves and their baby in my little car. Often they had spent at least part of their childhood in foster care, or there was instability and trauma in their childhood home. They had grown up in poverty with limited resources of any kind. They needed everything – housing, income, clothing, a relationship with the Lord, diapers, food, medical care, a support system, role models, mentors, friends. I saw the conundrum of not being able to get a job until they had childcare and not being able to get childcare until they had a job. I saw how ill-prepared they were for the job market and how difficult it was to be rejected after submitting applications. Rejection had already been such a large part of their lives. Even those who had various forms of government assistance struggled to survive.

I read books about God’s heart for the “quartet of the vulnerable” –widows, orphans, aliens, and the poor. I searched the scriptures to see what God has to say about poverty and the poor. Christ identified with the poor, and God calls us to give special care to them. I was gradually getting a bigger view of what it means to grow up in generational poverty, that the education and work worlds are run on middle-class values, and how overwhelming the process can be to change from what you’ve learned to do for survival to what it takes to thrive.

While researching for a curriculum I was writing, I learned about the hundreds of thousands of children in this country in foster care, one quarter of whom were waiting to be adopted. Once again God laid it on my heart, in a way that could not be ignored, that even though I was still single I should adopt one of those children. He led me to a beautiful teenager who agreed to be my daughter. There were lots of adjustments and it wasn’t easy, but it has been a huge blessing to become a family. Her stories of foster care broke my heart. It saddened me to see the impact of trauma in her life and to know that she must work extra hard to be healed. After a few years my daughter came to believe that I wasn’t going to leave her and that I would always be her mother.

That is when I was diagnosed with cancer. What should have been the hardest time of my life was when I felt the most blessed. LOTS of people prayed, visited, sent cards, cleaned my house, took care of my yard, and drove me to appointments. My family, friends, and church were God’s hands and feet and were the way He showed that His mercies are new every morning. I wondered how anyone can be a single parent or deal with a significant health issue without a support system like mine—friends, family and the Body of Christ. Thanks be to God, over five years later there is no sign of cancer.

I don’t know why I have never had to wonder if I would have enough food to eat or if I would have a place to lay my head at night or if I would be safe when I fell asleep. Now that I have seen so vividly that not everyone has experienced such security and now that I realize I did nothing to earn my stable life circumstances, I am ever more grateful to God for His many blessings. As an image-bearer of the Living God I must love the poor and minister to the vulnerable. (Matthew 25:40, Isaiah 58:5-12, Isaiah 61:3). He has called me to this.

In both previous ministry positions I was struck by what happened in small group and one-on-one discussions: Young women let down the protective walls, were open and vulnerable, started to build relationships, and received encouragement. They enjoyed projects that invited them to use their creativity. They listened to messages of hope and challenge brought by speakers and considered new ways of looking at things. Time and attention from staff and volunteers was eagerly received. In fact, young moms referred others in similar circumstances to us for help.

I began to design, dream, and pray about a ministry that would combine housing, mentoring/discipleship, and work, that would give young moms job skills and work history. It needed to involve making a marketable product in an environment that would capitalize on the benefits of mentoring and discipleship and that would not be too stressful for women who had been living in crisis for most of their lives. When I read Christ Kitchen by Jan Martinez, I found a well researched, biblically based, successful model for a business that is a ministry to its employees. Jan agreed to mentor me via phone and email, a group of people with expertise in the variety of areas needed to develop a business ministry agreed to serve as the Board of Directors, and we launched Every Good Gift.

You can read more about Every Good Gift on this website and contact us with any questions. Please consider becoming part of the story by becoming a volunteer, a donor, a prayer warrior, or a customer.